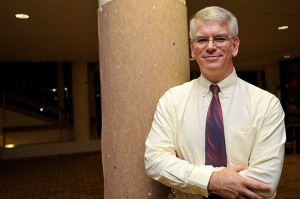 Robert Mattes is Professor of Political Studies and Director of the Democracy in Africa Research Unit in the Centre for Social Science Research at the University of Cape Town. He is also Senior Adviser to, and co-founder of Afrobarometer, a ground-breaking regular survey of public opinion in 34 African countries. He has also helped to launch and run other major research projects such as the African Legislatures Project (Co-Principal Investigator) and the South African National Election Study (Principal Investigator).

His research has focused on the development of democratic attitudes and practices in South Africa and across the continent. He is the co-author author (with Michael Bratton and E. Gyimah-Boadi) of Public Opinion, Democracy and Markets In Africa (Cambridge University Press, 2005) and has authored or co-authored articles in journals such as the American Journal of Political Science, British Journal of Political Science, World Development, Journal of Democracy, Democratization, and Party Politics. He holds a Ph.D. in Political Science from the University of Illinois, Urbana-Champaign (1992).