Introduction to the Project

The project ‘Media, Conflict and Democratisation’ investigates the role of traditional media and ICTs in conflicts that accompany and follow transitions from authoritarian rule to more democratic forms of government.

Over the past quarter of a century democratisation has become one of the most significant global trends. However, many of these new democracies are sharply divided societies that lack effective mechanisms of negotiating and resolving conflicts between antagonistic groups. In addition, democratisation itself generates divisions and conflicts: between the winners and losers of the transition, between competing factions of elites and between groups with divergent visions about the future of the country. The intensity of these conflicts and the inability of governments to find sustainable solutions put many of the emerging democracies at risk of remaining in a state of recurrent crises or even sliding back into authoritarianism – with far-reaching consequences for the well-being of their citizens, but also the stability and security of neighbouring countries.
Thus, by focusing on democratisation conflicts the project is mainly concerned with domestic rather than inter-state conflicts. Democratisation conflicts are conflicts that are either triggered by the transition process or caused by incomplete consolidation.

For our research we identify four main arenas of democratisation conflicts:

As these are played out in the media, their dynamics – whether they escalate into open violence or whether a compromise between the adversaries can be found – depends to a large degree on how differences are communicated in the public arena. A better understanding of the role of the media in these conflicts is therefore essential for developing effective communication interventions for conflict prevention and conflict management.

Existing research has focused mainly on the role of the media in popular uprisings against dictatorship, like the Arab Spring or the so-called colour-revolutions from Kazakhstan to Burma. But we know very little about the role of the media after the fall of the authoritarian regime. Without doubt, freedom of speech and a free press are among the major achievements of democratisation. But the experience of many emerging democracies implies that under certain circumstances the media can also turn into an obstructive force that sharpens conflicts and might even trigger violence.

In this project we argue that the media cannot be sufficiently understood in isolation, but have to be seen as part of an arena of public communication that is occupied by multiple actors, each of whom is trying to shape the interpretations and outcomes of ongoing conflicts. Therefore, the project also investigates how different conflict parties – governments, political parties, political activists – communicate during conflict situations and how and to what effect they use traditional media and new ICTs to achieve their goals.

The project investigates the interplay between media and democratisation conflicts in four countries:

These countries were chosen because their political development is of great significance to their respective geographical region. All four countries have experienced severe conflicts in one or more of the categories of democratisation conflicts mentioned above. At the same time, the countries differ widely in terms of their political, social, economic and cultural make-up. These differences allow us to better understand how contextual factors shape the role of the media and new ICTs in democratisation conflicts.

Besides advancing knowledge about the role of media and communications in the dynamics of democratisation conflicts the project is designed to make a significant contribution to finding solutions for the described problems. In particular, we will:

Both research and impact strategies will be developed in close cooperation with a wide range of relevant stakeholders, ranging from policymakers, to journalists, communities, political activists and international organisations.

See our working paper “Investigating the Media and Democratisation Conflicts” for more detailed descriptions of our project’s conceptual considerations and its research design. 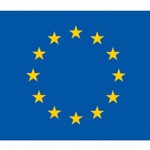 This project has received funding from the European Union’s Seventh Framework Programme for research, technological development and demonstration under grant agreement no 613370. Project Term: 1.2.2014 – 31.1.2017.