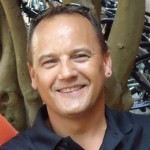 Dale T. McKinley is an independent writer, researcher and lecturer as well as political activist, based in Johannesburg. He is a long time political activist and has been involved in social movement, community and political struggles for over three decades. Dale holds a PhD. in Political Economy/African Studies from the University of North Carolina (Chapel Hill), USA. Dale occasionally lectures at university level and is a regular speaker at various civil society and academic social and political conferences and events. He is the author of three books and has written numerous book chapters, research reports as well as journal, magazine and press articles on various aspects of South African and international political, social and economic issues/struggles He is a regular contributor in the South African print and radio/TV media. Dale has been and remains, actively involved in several political and social movements.